Over 300 international experts had made Abidjan – Côte d’Ivoire a hub for the Africa Islamic Finance Forum last September 17 and 18, 2015. In Africa, Islamic finance has for many years been considered an issue between the States and the Islamic Development Bank, which funds infrastructure following the principles of this specific activity. The steady economic growth in Africa of around 5% on average over the last decade made Africa a preferred zone for business development and hence, for finance. With two-digit growth rates amounting to about $2000 billion in assets, Islamic finance will find room for development in Africa. Demand for new infrastructures and the increasing financing needs of SMEs will certainly find an adequate solution through the financial instruments pertaining to Islamic finance. Increasingly, SMEs/SMIs and VSEs are advised to move onto « Islamic » funding mechanisms, so as to reap its many benefits and advantages: diversification on offer, longer maturities through participating contracts, increased transparency in the pricing of services, among others, deeper ethical relationships between financial institutions and their customers, who become business partners and business providers. It is worth noting that Islamic finance is not about being Muslim, despite its name. It is finance indeed, operating following religious ethics and principles. Of course, it is subject to constraints just as other ethical funds which, in their operating mode, exclude activities that are considered illegal: armament, alcohol, pork industry supply chain, gambling, tobacco, pornography… The fact that European countries,of Christian tradition are increasingly interested in Islamic finance and have already established a good number of banks, proves that the targeted customers extend beyond only Muslims. Being a dynamic financial center compliant to the sharia principles, London has never been a Muslim city.

During this forum, the issue of skilled human resources needed in Africa was underlined by panelists, as critical to the implementation of this industry. In addition to introducing qualifying degree programs initiatives in the Maghreb region, CESAG-Senegal with the support of the Paris Dauphine University and Malaysia is planning to set up a training program for future African specialists in Islamic finance. There have been some attempts to establish Islamic banks in Senegal, Mauritania, and Niger… that have still not reached the desired level of development.

It is worth repeating that modern Islamic finance started in Africa in Egypt, with the Mit Gahmr Saving Bank in 1963, a microfinance institution, will subsequently be developed in Africa during the next decade through microfinance. Major challenges lie ahead to attract huge capital from GCC countries sharia compliant funds: regulatory framework to adopt, cash flow management in compliance with the principles of Sharia, challenge of mobilizing skilled human resources, increased awareness on the fact that this discipline is as an alternative to more traditional financial instruments, thereby wiping out stereotypes and religious-driven assumptions tarnishing its reputation. It would also be important to mention the capacity of the tax system to support businesses. However, the huge task of raising market awareness, as well as reaching out the broader public, neighboring actors, traditional financial executives, experts from ministries, members of Parliament… who remain largely unaware of the principles of Islamic finance. DM Consulting is already established in Africa, through its various activities relating to support and capacity-building in Africa. The firm is further strengthened over time to achieve close collaboration with its clients, banks, financial institutions, training center… regarding structured products, SUKUK, TAKAFUL, auditing… The forthcoming training session organized by DM Consulting is scheduled for October in Benin, and will address various topics: the regulatory framework for Islamic finance products in the WAEMU region (the regulatory changes required in light of AAOIFI international standards…), the advantages of Islamic microfinance for African countries, developments and geographical distribution, origin and legal issues… Save the date and follow us on www.dmconsulting-france.com 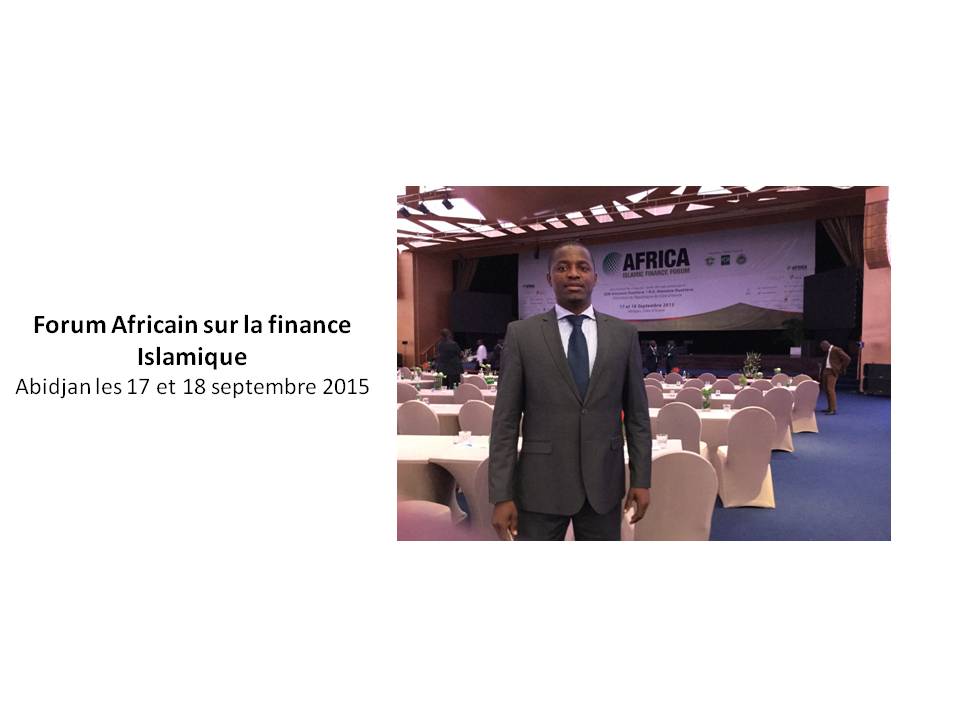